﻿This article is written by CK Aero Co-Founder Brett Wickizer

The Allure is an airplane with a successful pedigree, a modern design, and as the owner of one you have unrivaled access to both the designer of the airplane and a USA World Team member who has competed with it!  Call me crazy or biased, but I think that’s pretty special.

From design, to construction, to competition this airplane is unique through and through. 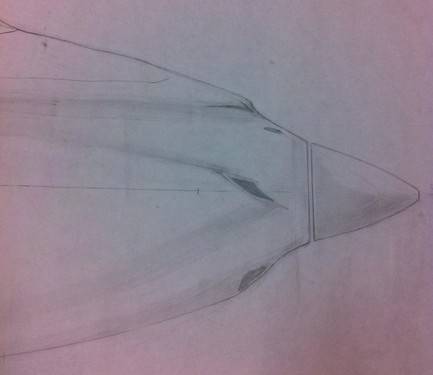 To talk about what makes this airplane special I think it’s important to take a look at how pattern design has evolved over the past few years. About 8 years ago a movement towards smaller and smaller airplanes started. F-09 and especially F-11 added more and more snaps to the schedule. Designers made wings, stabs, and fins smaller and smaller in an effort to make the airplanes snappier. Bryan made the same move and the result was the Valiant, which is a snapping machine! Since then our knowledge of setup and design compromise has grown a great deal. We learned that the move to smaller airplanes was a misstep, a compromise not worth making. In the meantime schedules have continued to increase in difficulty. Now we have to deal with a myriad of very difficult snaps in addition to incredibly challenging integrated rolling maneuvers; we are asking for an unprecedented amount of agility and stability from our airplanes with a greater than ever need for purity in all axis.

This leads us to the increasing presence of the biplane in F3A competition. What the biplane lacks in purity it makes up for with incredible knife edge authority and flexibility. It also presents well (in this guy’s opinion, at least) and adds a “wow” factor. Biplanes are still a special animal. They’re difficult to put together under weight and they provide a unique opportunity for innovation, which attracts a lot of attention. That compromise makes sense for me. After all, two thirds of my placing at the nationals and, hopefully, the world championships relies on performance in the unknowns! I’m also trying to stand out among the best pilots in the world and at that level any extra “wow factor” I can add to the presentation really helps. However, if you’re not gunning for a spot on the world team it doesn’t make a whole lot of sense to make that compromise. Yaw authority is important in the finals schedule but nothing like the unknowns, and that’s what all the newest airplanes are being designed around!

This brings us to the Allure. The Allure is BIG, likely bigger than any monoplane you’ve ever seen. The yaw authority is excellent and, most importantly, the purity in yaw is likely unrivaled by any other airplane out there. This is down to the melding of design and trim. Just watch what Bryan made a relatively tiny Valiant do with a few tweaks in design and trim. Pay attention to the ease in which these knife edge maneuvers are done, and how comfortable the airplane looks under hard rudder application. Also keep in mind this is done with no mix whatsoever. This knowledge has been applied to the Allure.

The Allure has a much bigger fuselage than the Valiant to handle the knife edge demands of modern F3A finals patterns.  The wings and stabs are borrowed from the Shinden, a proven platform that Bryan has extensive experience perfecting.  Those wings and stabs are bigger than most others on the market which aids in all of your rolling maneuvers (especially integrated rollers) and provides stability for tight radiuses downwind, upwind, and everywhere in between.  The airplane is set up for Bryan’s triangulation trimming which in addition to no mix, means snaps are tight, repeatable, and forgiving.  It’s designed from the bottom up to handle the extensive demands of our modern patterns without the compromises inherent in an airplane designed around unknown maneuvers you will never see. 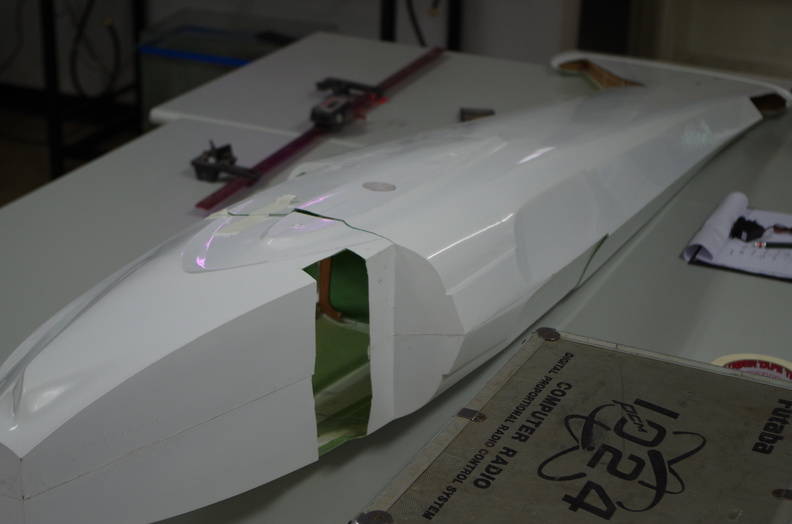 Remember how I said the Allure is big? I wasn’t kidding! This creates quite a challenge with weight and strength of the airframe. Fortunately, the factory has met these challenges head on and come out on top. This airplane is light. It’s not light for its size, it’s light period. If you felt the fuselage in person you also know it maintains its strength. We have no worries about this thing falling apart under the abuse of a YS motor. Here’s what we’ve done to come out on top:

In addition, the wings have a filet for a professional touch, as well as ease of incidence setting at the factory. The stabilizers will be installed with separate incidence adjusters to assure the ability to perfectly match the incidence of the stabilizers. Battery tray, servo trays, fuel tank formers, firewall plates for a Hyde mount setup, and rails for a YS mount setup are all included with the airplane. All the hardware is included with the airplane, landing gear are predrilled and blind nuts premounted, and chin cowl and canopy quick latch systems are already installed. 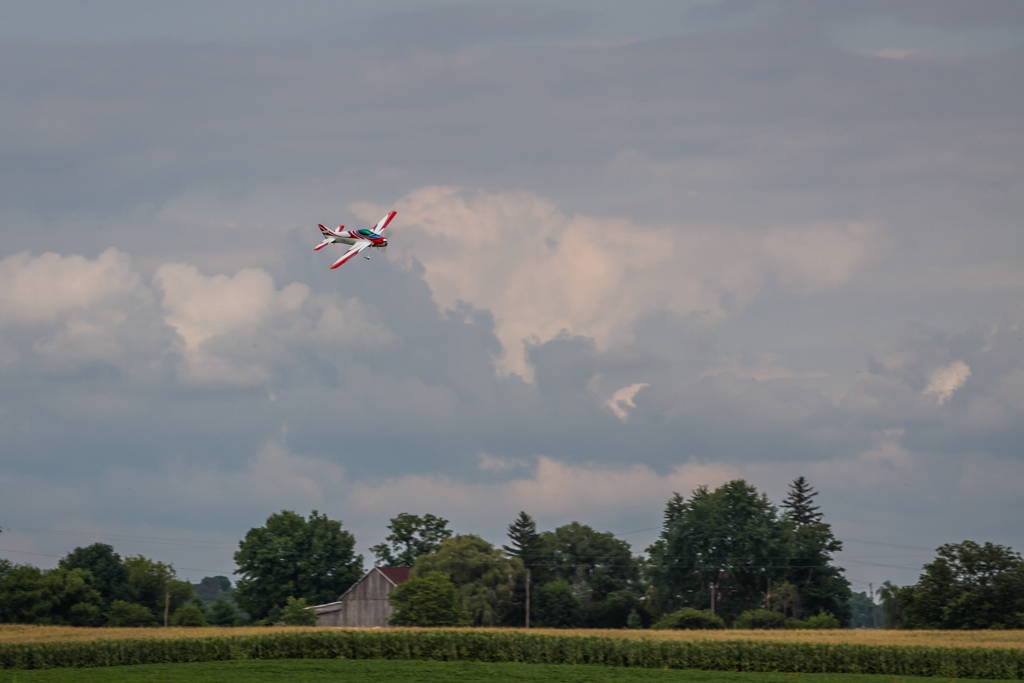 I didn’t know was how much I was going to love this airplane!

The first time I flew the airplane I was immediately struck by the locked on feeling. Matt Stringer made this comment when he flew the airplane, that as soon as you let go of the elevator the airplane instantly sticks to where it’s at. I think that’s a great way to put it. The airplane feels the same way in roll. Over all, and I made this comment many times when I was asked about it at the nats, the airplane is just easy to fly and the sheer size of it makes it present so well it ruins every other monoplane on the line (in my opinion, at least).

It keeps its pace incredibly well, never becoming “zoomy” on the exit of tall verticals. The size also gives it great yaw authority. To be fair, the rudder is not as powerful as a biplane like the Alferma, but the purity is so awesome that you can sling the tail around with little consequence. It enables you to focus on shaping that knife edge radius (no matter how tight it needs to be) instead of worrying if the airplane will betray your input at some point. The large vertical stab gives it tremendous stability in yaw so the airplane never feels uncomfortable either. When you let go of the rudder, that’s where the airplane is going to stay. There’s no messaging the backside of that humpty bump in P, or really trying hard to make that last 3/4 roll in the finals pattern golfball axial. Let go of the rudder, do the roll, done. Easy.

I regret not having the time to really fly the Allure through F-15. I did the golfball a few times and I did some various snaps but never ran it through the whole pattern. The golfball was remarkably easy though and 1.5 snaps, and especially knife edge snaps, we’re crisp, tight, and controllable. I am more impressed with this airplane than I ever thought I was going to be.

I know I’m biased. Of course, I stand to gain from people buying this airplane. But like Bryan I also stand behind what I put out there. This is a fantastic airplane and I’m very excited to be associated with it and for other people to get it into their hands.

Be the first to know about deals, new products, and what's on the horizon