Just added to your cart

CKAero is at a new location! Our new address is 14245 Leayn Ct, Denham Springs, LA 70726 and we are working to update it everywhere. Please bear with us if you notice the old address in a few places. Thank you!

Sbus Worth The Fuss?

The typical discussion for using Sbus revolves around reducing wiring clutter and usually moves toward a discussion of individual servo leads providing some redundancy advantage over a single lead for a bunch of servos. A reasonable discussion, as far as it goes. Are there other reasons to use Sbus, especially in a pattern airplane? Probably.

Let me preface by noting my experience is with Futaba equipment, from what I’ve read, other systems with serial servo capability will work similarly.

First we need to understand how position information is typically provided to the servos. The control for each transmitter (TX) channel generates data that are coded into the manufactures format and sent to the receiver (RX) via some form of RF system. 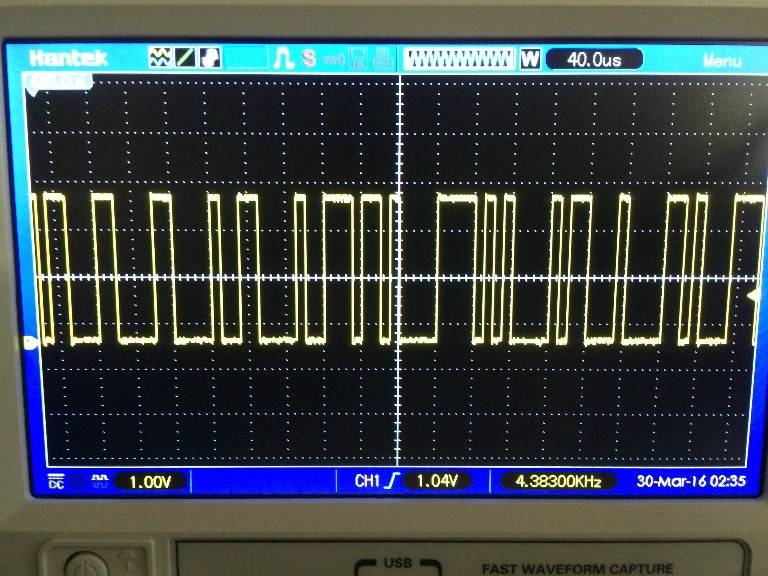 Coded data that goes through the receiver

This information is received by the RX and sent to the decoder portion. The digital data are converted to pulses of a length previously determined by the TX control positions. The decoder outputs the proper pulse to each channel to match the TX data. The length of each pulse determines the intended servo position. (This variable pulse length data is actually analog, not digital.) Servos are plugged in so as to function with the desired channel and may be analog or digital. Both use the same analog pulse for control position, a digital servo uses digital processing of the signal in the servo to provide more accurate operation.

It takes time for the decoder to assign the proper pulse to each channel in turn and a pause resets the decoder for the next update. The 7008SB RX refresh rate is around 14 ms. Meaning that any given servo receives fresh data once every 14 ms., whether or not we’re moving the stick.

The Sbus (Serial bus) works in a completely different fashion (which I don’t pretend to understand in detail). Essentially, each servo’s position information is provided on the bus as a serial digital signal. The RX Sbus and Sbus2 connections output all of the data for all of the servos as digital bits and each servo “knows” which bit belongs to it. (Note that only Sbus2 servos will work on the Sbus2 output.) Suffice to say that each servo receives more precise data faster. That’s gotta be a good thing for precise flying! 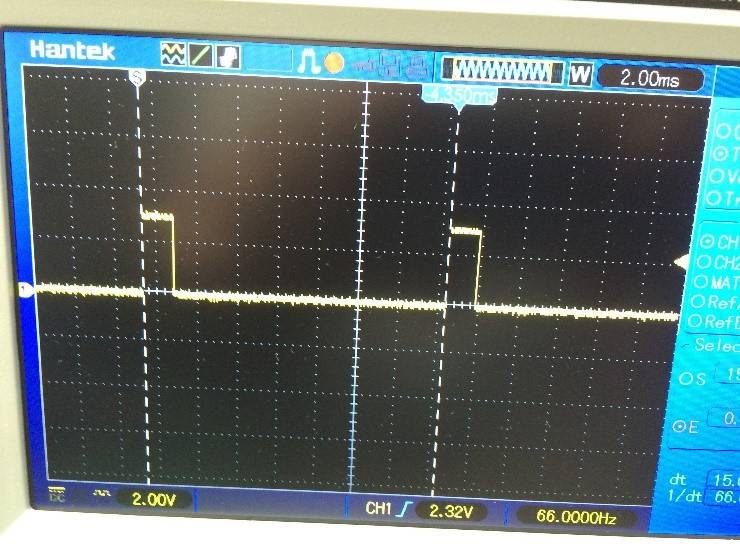 Decoded pulse to servo/time between updates

As each servo homes on its own data, a single cable can be used from the RX to multiple servos, each of which will only pick off its own control info. Seems like a nice advantage for bipes with 4 servos to connect – no worry about connecting them to the wrong leads. I connect the “tail” servos to the Sbus output and the aileron servos to the Sbus2. This doesn’t provide any redundancy, but does divide up the current load over two outputs / leads.

Futaba Sbus servos are programmable so that they may be assigned their specific channel, but they are also tunable to specific control surfaces. This feature works whether the servo is connected to the Sbus, Sbus2, or a conventional channel.

To better understand the benefit of servo programming we also need to review how a servo works. Basically, a servo generates data based upon its position and compares that info to data provided by the RX. If the data match the servo output position stays where it is. If they don’t, the servo runs in the direction necessary to change its data to match that of the RX. A lot of stuff, basis servo design, determines how quickly and precisely this matching takes place. Suffice to say that high end servos really are worth the price. However, my observation is that the stock servo dead band and damping settings are conservative. This is reasonable because the total control function includes the control surface and linkage in addition to just the servo. The manufacturer tunes the servo to work with a wide range of these systems so that they work “out of the box”.

The ability to tune how the servo behaves as part of a specific control surface system provides an opportunity for more precise control — But, a little more insight into servo function. The RX and servo data need a “safe zone” where they match with a little inactive space so that the servo doesn’t “hunt” continuously. This safe zone is known as deadband. Additionally, as a servo is moving rapidly toward data match there must be some means of preventing it from overshooting, oscillating back and forth, or slowing too much. The term for this is “damping”.

Reducing the dead band and damping can make servo response “tighter” and both are adjustable in programmable servos. Best to do this with the servo in the airplane, reducing the deadband setting until the servo produces a high frequency buzz then increasing that setting by about 50%. To tune the damping, reduce the setting until rapid centering of the TX stick produces control surface oscillation. Increase damping until the stick can be quickly centered with the surface following precisely without overshoot. Note that too much damping will result in excessive slowing, but there’s quite a bit of setting range between ideal and excessive. As with most things, this can be overdone. Pretty obvious if the servo is screaming and / or oscillating at neutral. Don’t be afraid to experiment, the default settings are easily restored if you get too far off base.

Reduce the deadband setting until the servo produces a high frequency buzz then increasing that setting by about 50%. To tune the damping, reduce the setting until rapid centering of the TX stick produces control surface oscillation. Increase damping until the stick can be quickly centered with the surface following precisely without overshoot.

OK, that’s what to do. But how? Servos can be programmed one at a time with some TX models, details are in the manual. With the Futaba CIU2 USB device and PC-Link software individual servos can be programmed, while others are connected to the bus, using a laptop. With Futaba equipment the servo must be powered separately, so a “Y” or Sbus hub is needed. Open the programming page on the TX or PC, plug the servo into the TX or CIU-2, and connect a battery.

If a servo to be programmed is connected to a Sbus lead with other servos and you’re using PC-Link, check the box marked “ID Enable” and type in the ID of the servo to be programmed. (You did record these before the servos were installed?) Select “Connect” on the screen and the servo will connect with its ID displayed. Set the channel number the servo is to be used on. Make adjustments to the deadband and damping. Try reducing them in 50% of reading increments until they behave as desired in the airplane. (I also like to turn on “Slow start” with a couple of seconds time so that servos don’t snap to center when turning on the airplane.) After making changes select “Write” to update the servo, a box will pop up stating that’s successful. Select “Disconnect” before unplugging the servo. The option to program the servo behavior on a specific control surface in order to obtain the tightest control possible is really an advantage for pattern.

In summary, Sbus systems and programmable servos provide several advantages for pattern besides just reducing servo leads and increasing servo cost. Certainly they cater to those of us with severe OCD.